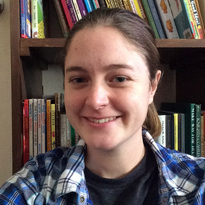 Mary Barrows - A freelance illustrator from the small town of Walkersville, MD.  Since she was old enough to hold a pencil, she has been drawing pictures of her favorite stories, and she hasn’t stopped yet. She is the second oldest of six kids with a passion for children’s books and fantasy stories. When she isn’t illustrating, Mary loves to read, play basketball, and mess around on her guitar.

​You can reach Mary through:  https://marybarrows.wordpress.com 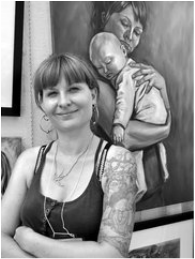 Dayna Barley-Cohrs - Dayna Barley-Cohrs lives in a secluded straw bale home in the small village of Vankoughnet, Ontario, Canada. Trained at the Ontario College of Art and Design in Fine Arts, with a focus on figurative and portrait work, she works as a freelance illustrator and fine artist. She is the mother of two young children, whom she loves to draw pictures for and finds useful as art critics. Dayna and her artist husband also homestead as much as they can, when not working in the studio she can be found growing food, raising chickens and bees, and canning the harvest. In her spare time, she sleeps.

​You can reach Dayna through: https://marybarrows.wordpress.com/ 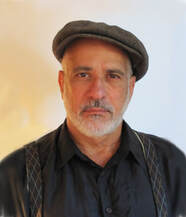 Sergio Drummond - Sergio Drumond is a painter, illustrator, animator and digital graphic artist with various degrees in Fine Arts and Advertising Art. He studied art at Escola de Belas Artes, Bahia, Brazil; painting at Goethe Institut under German painter Adam Firnekaes and engraving with engraver and Bahia Art Museum curator Emanuel Araujo. His portfolio includes illustrating for books and magazines, graphic novels, newspapers and television. He lived in Europe where he worked on book illustrations and magazines as well as posters for theater companies. He spent a great part of his life in the Philippines, Japan, India and Thailand where he worked illustrating books and graphic novels, editing educational videos  and doing animation. While in Asia he also taught art for humanitarian projects. 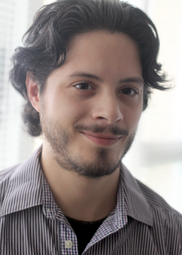 Matthew Melillo - Matthew Melillo (b.1989) is an American illustrator, born and raised in New Jersey, USA. He received his BFA from The School of Visual Arts (New York City) in 2011. Classically trained in all mediums, he works primarily digitally, combining elements of both photorealism and colorful abstraction.
He can be contacted through: www.melillodesign.com.